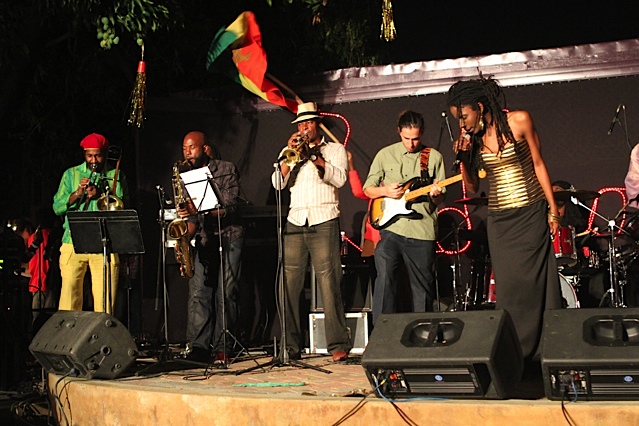 An eclectic evening of music, dance, poetry, and album reviews, the launch was a well produced affair with Jah9 and her accompanying hand picked band (Rory’s Dubbites) thrilling audiences with selections from her new album.

Credited as the creator of the “Jazz on Dub” genre,  New Name reflects a blend of conscious reggae riddims, classic jazz melodies and dub overtones.

A special thanks to Sean Henry for the photos in this post!