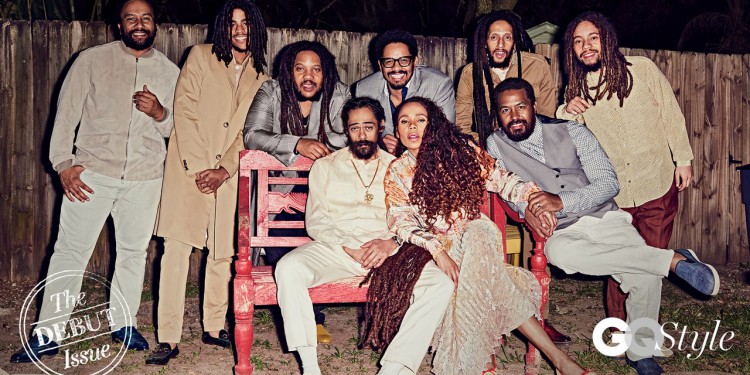 Marleys Reunite for First Photo Shoot in Over 10 Years

Check out this rare photo shoot where GQ Style caught up with the Marleys – sons, daughters, and grandchildren… Read more: http://www.gq.com/story/bob-marley-family-photos

Here are some pics of Sean Paul’s recent visit to Japan where he is fully loved as a Reggae ambassador and a bonafide dancehall star!

Once again, Smokin’ Jacket put on a great show this past Friday night at Carlos Cafe. With an eclectic mix of local (Farenizzi, Bridgez, Mia J, M) and international (Daniel Bedingfield) talent, Smokin’ Jacket continues to bring entertaining live music shows to Kingston. Here are some shots from the show…

Runway Rockstar and head of the international celebrity fashion house, INDASHIO was in the house, or rather the studio recently with Jamaica’s hottest house DJ duo, STEREO MASSIVE (Engineroom and Mister Harding). INDASHIO was here as part of STYLE WEEK 2011 created by Saint International’s Deweight Peters. For more about Indashio. For

Here’s a pic of Sean Paul performing at the VIP Room in Paris. Sean Paul has been in Paris this week promoting his new hit single Tik Tok with Bob Sinclair.

Once again, Smokin’ Jacket brought out Kingston’s party people to celebrate the birthday of Steve “Urchin”.  Presented by Catherine’s Peak water and YardEdge, Smokin’ Jacket featured the music of DJ Elmo and DJ Murfy who didn’t disappoint in the selection of lounge and house music played throughout the night and