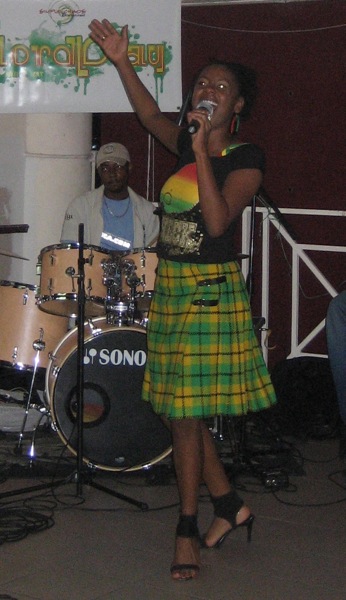 Empress performing at WordPlay, September 7 at the Altamont Hotel

Hosted by Mo ‘Sherrie, the show was opened by Amique with a R&B/Reggae vibe who sang 3 originals.   Sage followed presenting some of his dub poetry that he’s well known for on the local scene.

Nina Karle then entertained the small but lively audience with her selections of “reggae/jazz”.  Clearly a very experienced performer, Nina Karle sang a mixture of originals and covers with a full band and back up singers which contributed to an overall great set. 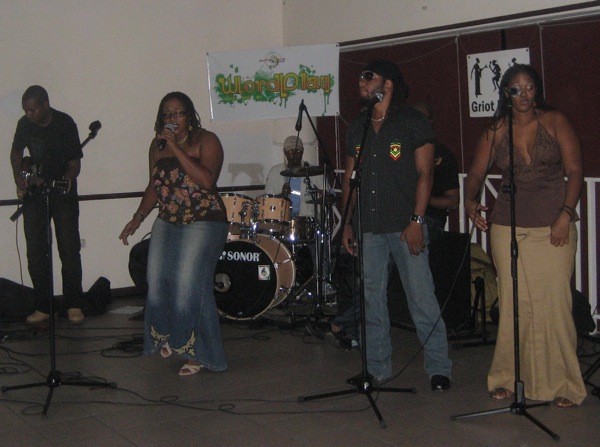 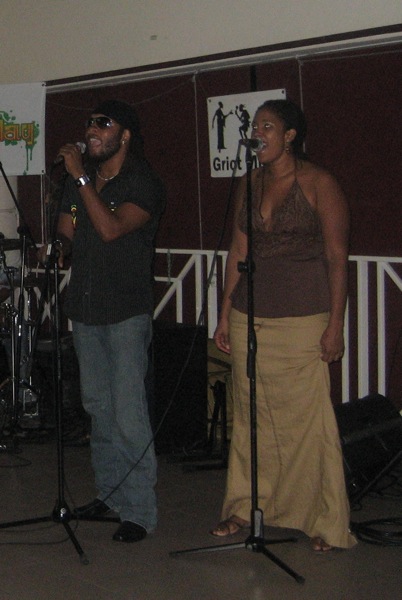 Back up singers Montana & Katrina

Newcomer, Janine Cunningham followed Nina Karle and presented a captivating and thought provoking set of mainly original songs. With a combination of sultry vocals and hard hitting lyrics (some of which came from her own poetry) Janine’s music has a powerful message and challenges the audience to think and not just be entertained. 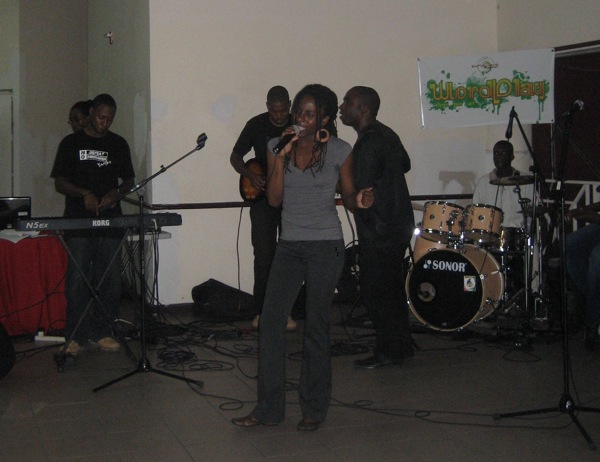 An energetic showman, dub poet, Jawari gave a spirited performance which both he and the audience fully enjoyed. 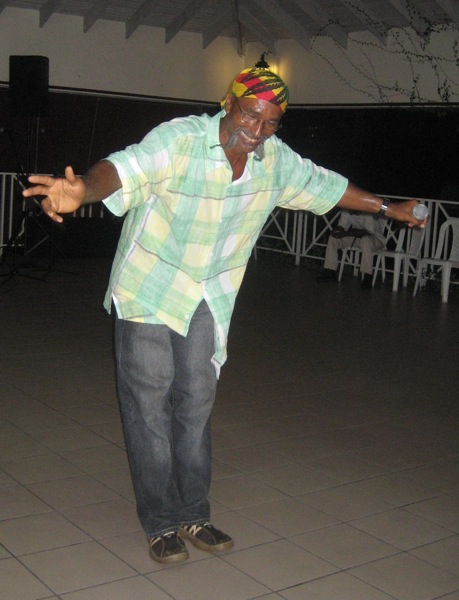 Empress closed the show with a dynamic and lively performance which had the audience singing and dancing with her.

In addition to the display of poetry and music, there was also a display of hand made jewelry by Kima Francis.  Kima, a graduate of the Edna Manley School of Art, presented her unique line of natural jewelry made mainly from calabash but some also made from calabash mixed with other materials. 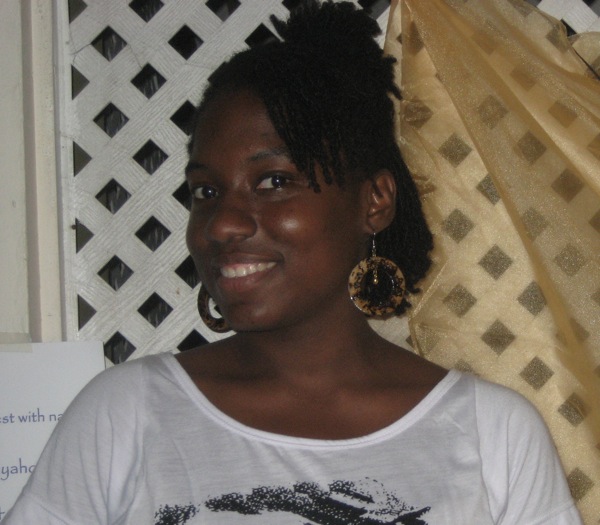 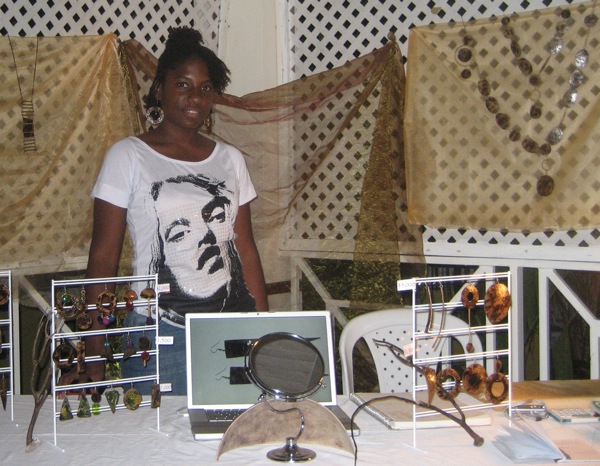 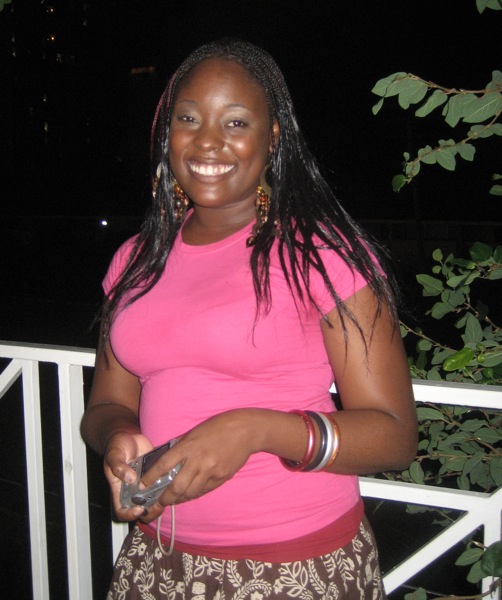 The next WordPlay will be on September 28, 2008 at the Altamont Hotel in New Kingston.  Look out for further information.

Where To Recycle Plastic In Kingston 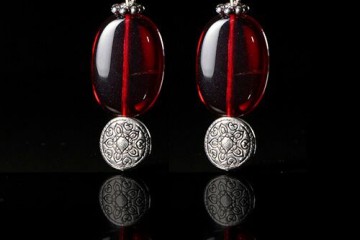