Part 2 of a 2 Part Interview

Peter: People who know me groan when I mention Canadian comedy but that’s just a fact. I’m a big fan of SCTV. I’ve always been inspired by great films and I admire the work of the Stanley Kubrick, Scorsese, The Cohen Brothers, Coppola, and Tarantino.

YardEdge: What other interests do you have outside of art?

Peter: My father, my mother and the woman who laughs at my stupid jokes – Kaysian.

YardEdge: Do you do enjoy doing art as a “business”?

YardEdge: Can you share with us any insights you gained from walking around NYC in a rabbit head as “Rabbit Jones’?

Peter: I think I told a long story about that. See http://www.afflictedyard.com/rabbitjones.htm

YardEdge: Did you really “out” Bansky?

Peter: Yes, apparently I did.

Peter: Best: The fact that you can still speak out against certain things here, the food, the climate and the hills.

Worst: Customer service, mechanics, ‘the wharf’,  JPS and of course people who clap when the plane lands. 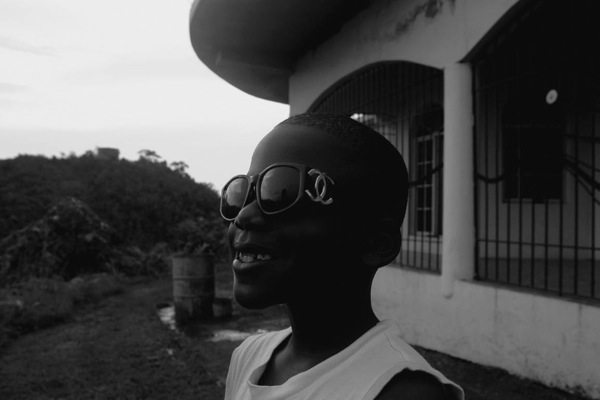 Peter: The Life and Death of Adolf Hitler (Robert Payne). Did you know Hitler used to throw himself on the floor when he didn’t get his own way and tear at the carpet with his teeth? Weird guy.

Peter: I usually figure out what is worth downloading by listening to Late Junction on BBC http://www.bbc.co.uk/radio3/latejunction/

Peter: That’s difficult to say. It’s probably The Shining or City of God or Raising Arizona or Happiness or Reservoir Dogs or Benji Come Home.

Peter: Kids. House. Move under a bridge. Stuff like that.

YardEdge: I’ve had a few.

Peter: Let me try not to be clever this time and just say no.

The Afflicted Yard Presents Movies They Never Show in Jamaica