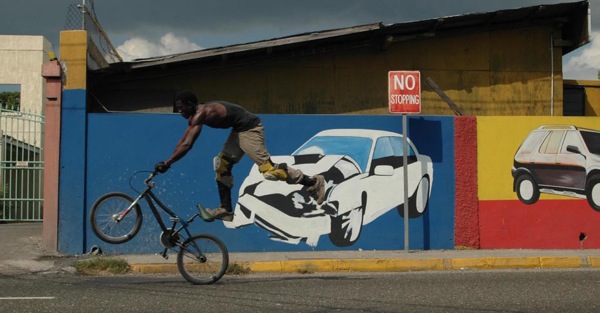 Part 1 of a 2 Part Interview

YardEdge talks to Peter Dean Rickards, creator of The Afflicted Yard and editor of First Magazine.

YardEdge: Why are you a photographer? A writer?

Peter: I’m a writer because I love to write and I’m a photographer by accident.

YardEdge: When did you first realize that you wanted to become one (a writer/photographer if that’s how you describe yourself)?

Peter: If you had asked me 5 years ago if I was interested in becoming a photographer I would have looked at you funny. I can’t stand the title and I honestly don’t think it’s my passion. Although I’m not ungrateful for what appears to be some talent I suppose I want to do bigger things that encompass my writing and other interests as well. In this regard, I have begun to look at my years as a photographer as being the training for what I plan to do next-film.

YardEdge: How would you describe your work? (Are you a full time professional photographer? Equal parts writer vs. photographer?)

Peter: I used to derive a lot of joy from looking at a blank piece of paper or a blank computer screen and just writing anything I felt like for the hell of it. Typically it was a stupid story or a description of a memory or perhaps even something that really happened.

Photography made me lazy in this regard since I realised that I could often get a lot more communicated with a photograph than by sitting down to write. Consequently I began to write less and photograph more; with the writing part coming in when necessary as opposed to just a thing I did because I enjoyed it.

Photography also began to pay the bills and when I discovered that quite a few people were willing to pay, it just became my primary job.

So, to answer your question, I would have to say that that I’m a photographer until a few more pieces of equipment are acquired and I’m able to move into the world of video and film. 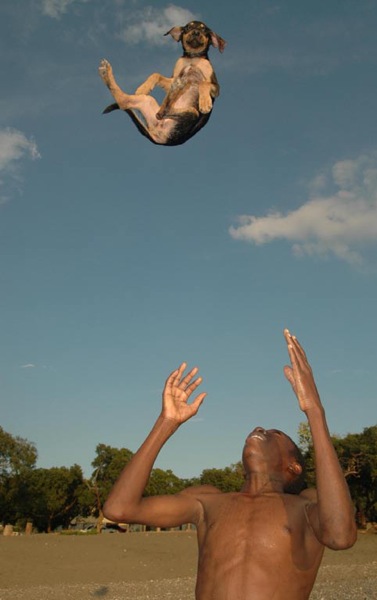 YardEdge: How have you developed your skills?

Peter: I guess development is relative. I am now doing gallery-type work which I think is a ‘development’ from being stuck shooting commercial stuff in Jamaica (which I don’t really enjoy). I also think my subject matter continues to diversify, although this is admittedly more related to subject matter that I find interesting as opposed to anything ‘skill related.’

I still don’t own any fancy cameras or artificial lights. To me, you should be able to do the same thing with a 3 dollar disposable camera than you can do with a Hassenblad and I’m just not interested in creating fake lighting. 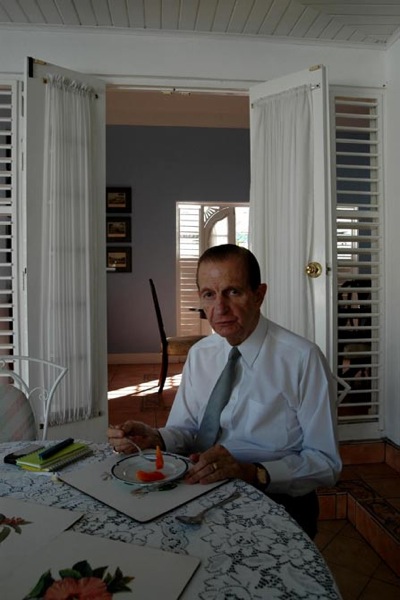 YardEdge: The Afflicted Yard was created in 1999, I believe, almost 10 years ago, have you achieved what you set out to do when you started?

Peter: I think it did in that the site was never really set up to be anything more than a sort of place to just say and show what I felt like saying and showing. It’s admittedly a lot more static these days with my other efforts going into the re-launch of First Mag (which is actually about to re-launch again). But then, that’s what I’ve always liked about The Afflicted Yard. No matter what work is happening on the side, it is always there, as sort of the base. A thing that I can always fire up if the need arises.

Sometimes though, I think a lot of people missed the purpose of the site even though it’s had its purpose prominently displayed there ever since its launch. They take it too serious. They see the guns and the skinny women and the bloody crime scenes and think I’m promoting this or promoting that, and as a result, I guess I’ve unintentionally created a sort of persona that I continue to find somewhat bizarre if it is ever brought up at a social gathering or even in places like the university where I hear it is sometimes mentioned. To me these misconceptions can be quite funny (and funny to people who know me).

Despite a few unpleasant exceptions, people’s ideas about the site have been quite harmless, so I’ve never bothered to try to explain things since I figure that if you don’t get it, then you’re probably one of those people who’s into live poetry or something. 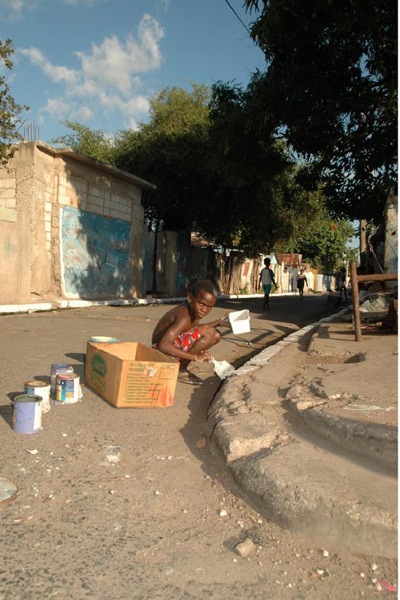 YardEdge: Where do you see Afflicted Yard going?

Peter: As I’ve said, the next chapter is film and since The Afflicted Yard follows me wherever I go, perhaps the video content will increase as I move further in that direction.

YardEdge: What are you trying to achieve with First magazine?

Peter: Some people are going take this the wrong way but I’m going to say it anyway. First is the sort of thing that a Jamaican should be able to show his/her friends and family abroad as evidence that we are not a bunch of illiterates. Of course, it would also be nice to see it recognized as a true alternative to the mainstream Jamaican media that exists now, but that will take some time and investment.

YardEdge: Are you happy with its development and reception so far, now that its back?

Peter: Response was great and it appears that a lot of people were happy to see it back. Although we were updating it at an insane rate up until a month ago, First was put on the back burner for a while as we sought to give it a more manageable redesign. Although we love how it looks now, we realized a lot of content was being missed which is not a good thing when you consider the sheer amount of work that goes into 6-10 posts a day.

While we pulled in aggregate content and gave it our own spin, much of the content was also original, so we’ve had to re-evaluate its design so that nothing is missed and our work is not wasted. It will be live again within by September 25, 2008.

YardEdge: Any plans to go back to print for First?

Peter: Yes, if things go according to plan, First will eventually be manifested as an annual coffee-table type book.

YardEdge: What do you consider to be your role as part of the “media”?

Peter: I think you would have to ask a ‘media-person’ that. I have no idea. 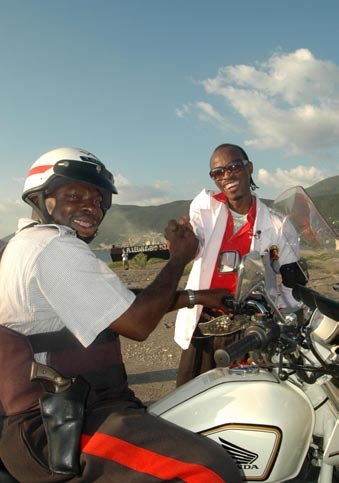 The Afflicted Yard Presents Movies They Never Show in Jamaica