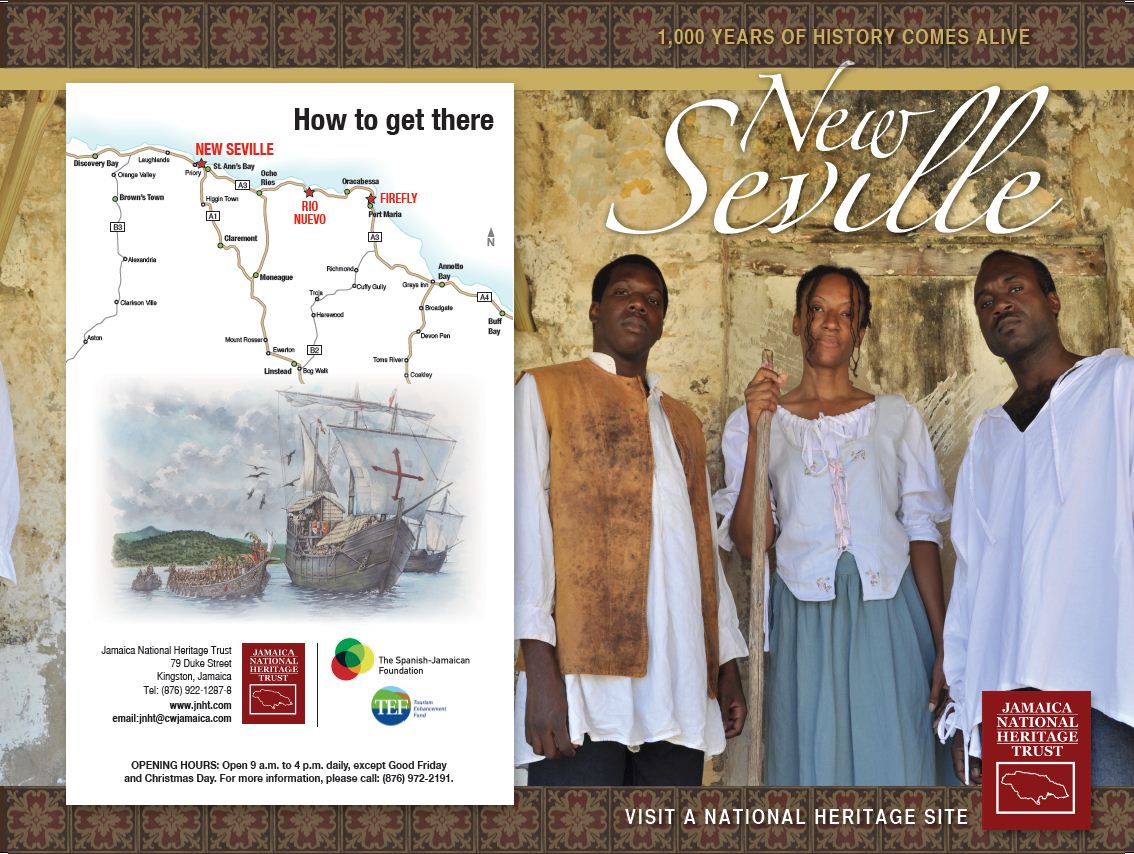 The opening will see international representatives and members of the Seville community treated to the exhibit’s dramatic, multi-sensory historic experience.

The exhibit and refurbishments to the Great House were made possible by a partnership between the JNHT, The SJF, the Tourism Enhancement Fund (TEF), and the CHASE Fund.

This event marks the beginning of efforts to strategically place New Seville as a major national and regional, cultural, educational and tourist attraction.

The SJF has made support for cultural activities in Jamaica a priority and to date has allocated over J$10m to various cultural efforts.

Maima, Sevi llala Nueva, Sevilla d’Oro and now the Maima-Seville HeritagePark are the names associated with the first capital of Jamaica (1509-1534).

In 1509 DiegoColumbus sent Juan de Esquivel, the first Governor of Jamaica to establish theport of Sevilla La Nueva. The site was near a Taíno village Maima(ca. AD 650-1534), and was intended to be a gold mining centre.

However, by 1512 no gold was found. Jamaica became an agricultural base supplying food and livestock to other colonies.

It was here the Spanish brought plants and animals including sweet and seville oranges, sugarcane, banana, coconuts, cattle, goats, horses and pigs.Read more

The Spanish-Jamaican Foundation Participates in Reading in Spanish Initiative