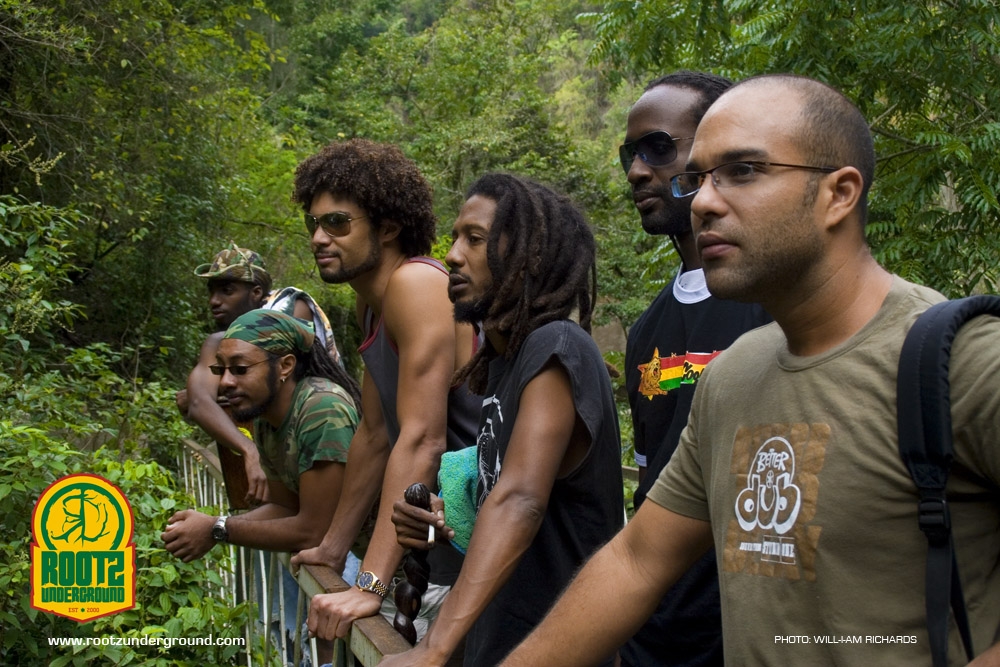 Buy The Lightning Theory on iTunes.

Movement introduces Rootz Underground, a six-man group that has come onto the Reggae scene like a storm. The band has a genuine desire to move listeners to a higher consciousness and to revolutionize Reggae music. Yes, these guys breathe new life into a sector of the genre that is sometimes relegated to oldies and vintage festivals.

Newland recently called Movement a “musical hammer,” but at the same time he described it “like Ital stew, because sometimes it takes long to cook.” Indeed, it took the band five years before they entered the studio. Live shows perfected their sound leaving no question that the band’s mission is to elevate Roots Rock Reggae. Movement is intended to be heard front-to-back, like listening to a storyteller. The opening salvo is a blazing DJ-intro by ‘Rory Stonelove’ Gilligan followed by “Time is an Illusion”. Produced by Gilligan, it is hopeful and reflective. The song’s strength lies in the spiritual depth of the lyric, as well as Smith’s harmonies.

The album rolls right into “Victims of the System”. This is the proverbial “big tune” that sets the tone for the rest of the album. Resembling a rebel war chant, it’s infectious and driven by Newland’s voice. The sticky tag line will have you singing “enemies of robber Babylonian” all day long. The tune has a message, but it is delivered so well that you don’t even realize you are getting an education. Don’t exhale Rasta the lessons continue with “Herb Fields” and “Hammer”. “Herb Fields” takes you to an idyllic field of “trees” where lyricist Stevie G confronts Babylon’s reality. This track has a simple guitar-lead melody with a dash of Dancehall rhyme midway through. This one is sure to become a staple ganja song. Regrettably, the song is cut short by the producers. The current single is “Hammer,” produced by Bobby Digital. The song proclaims “hammer dem down.” A horn opens the song, blending into guitar ‘fyah’ telling the rebel warrior to defend the helpless with his song and love.

“Rain,” “When I Go,” and “Riverstone” are an oasis from the band’s lessons. The most popular song on iTunes.com is “In the Jungle,” probably because of it’s playful upbeat sound.

Movement is a decidedly modern Roots Reggae album, fusing elements of Jazz, Ska, Dub, R&B, Dancehall, and Rock. It is a ‘must have’ to add to your collection.