Brand New Machine (or BNM as it’s affectionately known) was created by Wilson and Harold as “a series of club nights with a difference… bringing new ideas and the hottest DJs to the JA nightlife scene”. BNM has featured a range of avant-garde happenings including local fashionistas, up and coming photographers, and DJ sets from international music talents Diplo (Major Lazer), Bob Sinclar and others.

BNM has now spread its wings beyond Kingston to Montego Bay, New York, Houston, and Cayman. Five BNM parties around the world each week is cause for WOW!

BNM Montego Bay will take place on Thursdays at Blue Beat, beginning October 7th with DJ Narity. The following week will feature Engineroom, Jamaica’s premier house music DJ, who always brings a funky mix of the latest house and electronic tracks along with a dose of the classics.

Here’s where you can find BNM in a city near you:

See YardEdge’s interview with Steve Wilson for more info on the BNM concept. 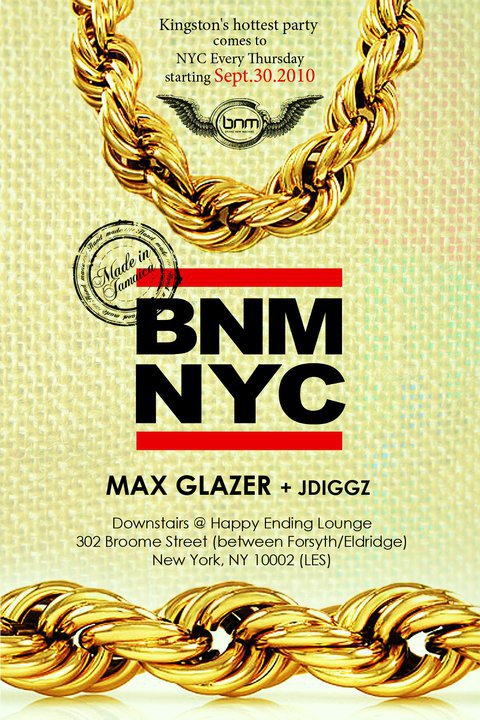 "Back to the Rack" New Thrift Shop Opens in Kingston

10 Absolutely Must Do Things In Portland - Part 2