There is, in Jamaica, a common misconception that comedy is theatre. It is generally a foregone conclusion that when one goes to the theatre in Jamaica they are going to see a comedy show and after all, we are the country of people who “tek bad tings mek joke”.   We have become accustomed to jocular expressions sometimes interspersed with a one-liner that speaks to current affairs, but by and large, our theatre space exists in a realm that doesn’t delve very deeply into the very difficult socio-economic and political realities we experience on a daily basis.

Isn’t there a space in Jamaican theatre for the unadulterated examination of the most pressing issues affecting our country? Enter, Tribe Sankofa. 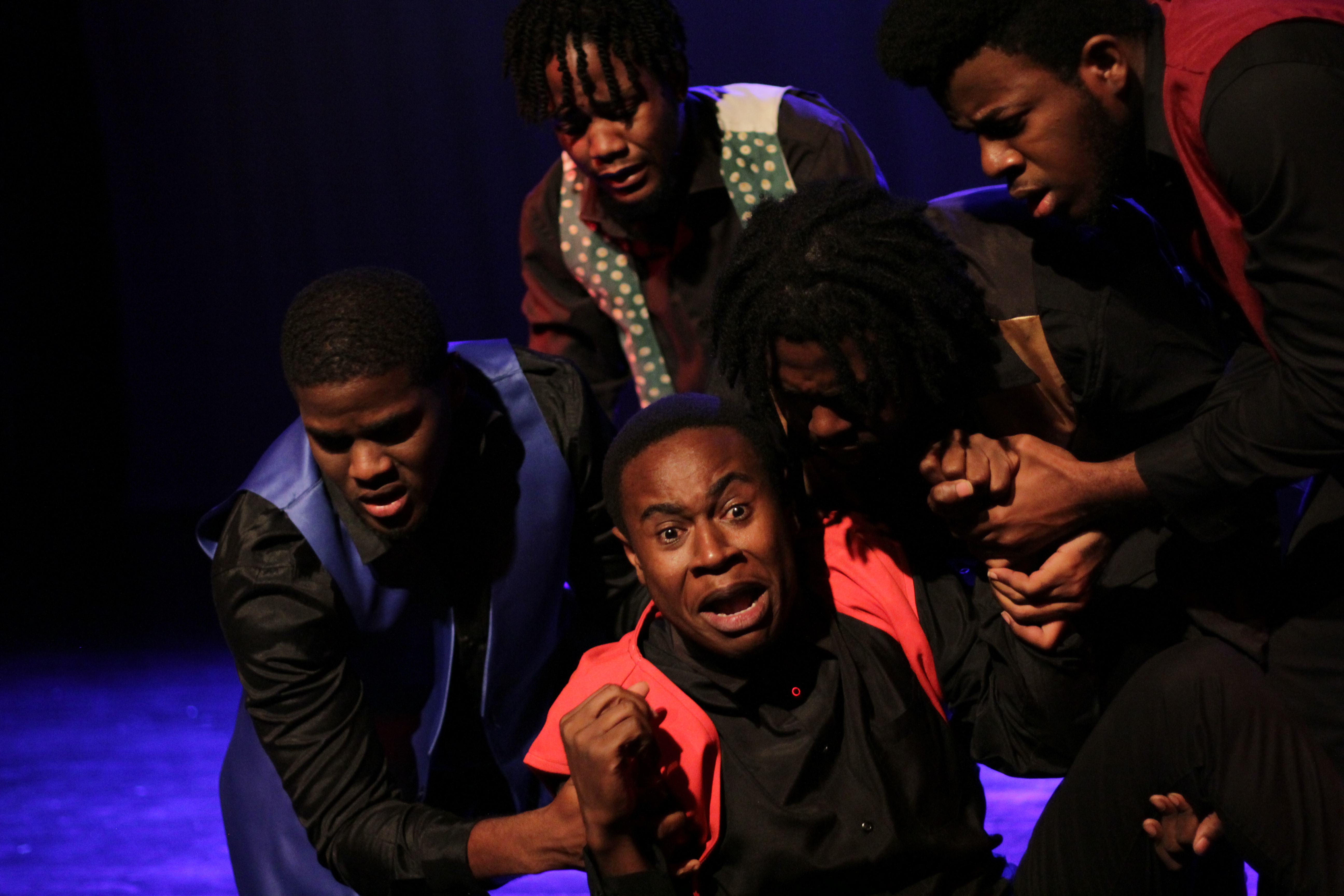 The performing arts collective was founded in 2011 by fabian thomas with the aim of introducing a new dimension to the performing arts landscape in Jamaica and the rest of the world.   Thomas and his Tribers, as they are wont to call themselves, have taken up the mantle and proudly proclaim that they are unafraid to tackle the hard-pressing issues that others think are better left off-stage.  They have been doing just that since their formation just over seven years ago.

Tribe Sankofa describes their artistic space as “….borrowed and original spoken word/poetry, soulful song-styling uniquely blended with other visual and performing arts” and this is evident in their signature production ‘Word Soul’.  Held bi-annually, Word Soul has been used as a vehicle to disrupt the psyche and overturn the idea that theatre is comedy alone.  The Tribers have been able to, ever so deftly, position the great works of Caribbean writers next to harsh heavy-handed material that makes you take pause and question your existence and contribution to the problems affecting our country and world. Where do you stand?

Their most recent staging of Word Soul-Word Soul: The Summer Edition-was no exception.  It was their most ambitious to date with three showings from July 27-29, 2018, with a total of 21 pieces, not including those by guest performers.  Reviewing the credits we see that thomas has provided a space for the development of the talent within Tribe Sankofa, his Assistant Artistic Director, Musical Director and Director are all Tribers.

The quality of work produced by this team and executed by the Tribers speaks volumes to the synergy of thomas and his Tribers.  This season showcased works from Derek Walcott, Lorna Goodison, Toni Morrison and Dennis Scott, to name a few. Additionally, Jamaal McKnight, musical director, arranged a beautiful musical section with music from Jimmy Cliff, Bob Marley and Bunny Livingston. The arrangement, which also included his own original piece ‘Ok to Dream’, was met with great appreciation from the audience.

Of the pieces mounted in the first half of the show, this writer was most moved by Epitaph/I can’t Breathe, by Dennis Scott and Daniel J. Watt respectively. The piece opened with a red background, and the strains of Billie Holiday’s Strange Fruit echoed throughout the theatre, setting the stage for what was to come. The segment juxtaposed the realities of slavery against the current race relations in the United States, specifically the incident involving Eric Garner whose words “I can’t breathe” were uttered before his death at the hands of the police.  Jomo Dixon’s portrayal of Garner transported you to the sidewalk and the moment of the latter’s death. I felt like I was watching a man die in real time.

The segment continued by examining the 24-hour news cycle’s impact on the way we process current events, how quickly we move on.  The “Plantation News” plays in the background highlighting current events locally while we continue with our lives somewhat immune to the injustices plaguing our society.

There was a strong reaction from the audience for Danez Smith’s Alternate Heaven for Black Boys. Focussing on the untimely deaths of young black men, this piece envisioned their afterlife and provided some solace as to the joy and peace the souls of those prematurely departed may experience. Several members of the audience shed tears during this segment.

Darian Reid’s performance of Dennis Scott’s Guard Ring, invited the audience to consider the positive implications of wearing a guard ring, how protected one will be. He carefully showed the dichotomy of religion espoused by Scott in this poem, speaking about the love for Christ while extolling the virtues of the ring that has been “bless in de balm yard”.

This staging of Word Soul also showcased an excerpt from Reid’s Jamaica Land We Love? which was shown in full at the December 2017 staging of Word Soul.  Having previously seen the full version of this piece, I found the excerpt to be less poignant and lacking in its depiction of how  un-phased we have become to violence, how quickly we move from mourning to celebration and to mourning again in a never-ending cycle. This for me was integral in driving home the point that we easily and very quickly minimise our hurt.  In the full version Reid used robotic movements broken by joy and pain to demonstrate this. Notwithstanding, the message was still very clear, what are we doing to help our country? The country we so proudly profess to love and whose flag we wave excitedly during any track and field event.  Where is that same patriotism when it’s time to tackle violence and corruption in our nation?  Guest performers, actress Shantol Jackson and dancer Tara ‘tehrebel’ Price were integral to this piece, with Jackson depicting the conscience of the nation.

Rich Orloff’s Playwriting 101: The Rooftop Lesson, directed by thomas, was met with laughs from the audience and ironically so, as it explored death by suicide and accident.  The acting by Jomo Dixon, Kino Armstrong and Zoe Hall, so very easily lightened the grave topics at hand.  Whether this was intentional or not, the reprieve of laughter from the more sombre mood was welcomed.

Tribe Sankofa’s range is unquestionable and this was evident in Word Soul: The Summer Edition.  For this writer, the imagery coupled with the Tribers’ clear embodiment of the pieces elevated each and every one of them.  Despite the weight of the topics, it was a refreshing take. Tribe Sankofa must be lauded for continuing to break boundaries as well as for their unfailing ability to evoke the strongest of emotions from their audience.  Not everyone will want to confront emotions in this way but for those of us who do, Tribe Sankofa’s performances offer a safe haven for the exploration of our feelings and contemplation of our lives and our purpose here.

7 Great Yoga Studios in Kingston - Where To Do Yoga in Jamaica?