More to Jamaican Theatre Scene than Comedy – Tribe Sankofa thrills with three-day showing! By Anna-kae West There is, in Jamaica, a common misconception that comedy is theatre. It is generally a foregone conclusion that when one goes to the theatre in Jamaica they are going to see a comedy 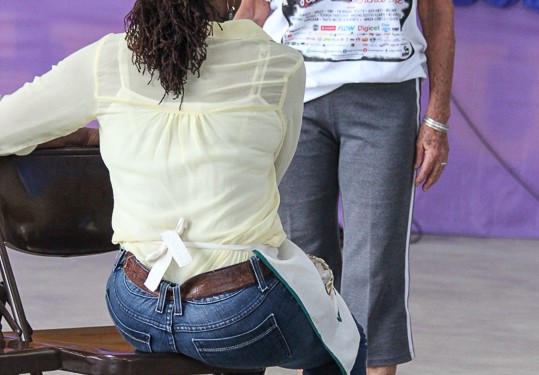 After a well-received Jamaican premiere and 2-weekend run, director/producer fabian thomas and his onstage team of twelve return to the Pantry Playhouse for 3 final performances of In the Red & Brown Water, Part 1 of Tarell Alvin McCraney’s ground-breaking and highly praised The Brother/Sister Plays trilogy. The return engagement

Here’s the official trailer for HAIRPEACE, directed by Fabian Thomas and Sankofa Arts & Facilitation on now at the Pantry Playhouse. HAIRPEACE will run until September 18. For more info see Hairpeace-a-celebration-of-the-healing-power-of-friendship

Fabian Thomas and Sankofa Arts & Facilitation’s presents its new production HAIRPEACE, scheduled to open August 19 and run until September 18 at the Pantry Playhouse. The play is written by Janice Liddell, who also wrote the highly-acclaimed Who Will Sing for Lena? and depicts the lasting bond of friendship between