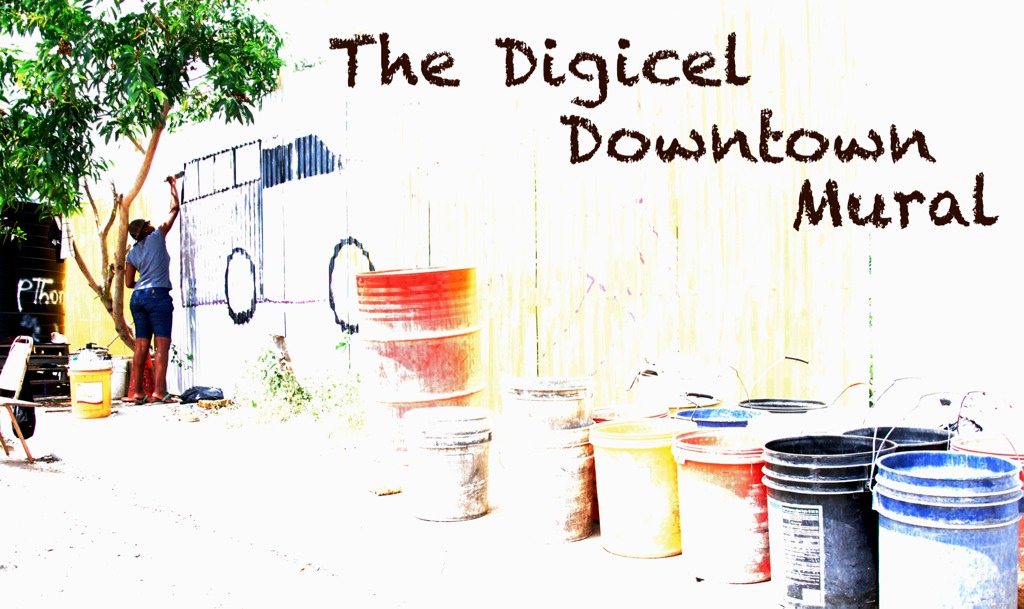 For the past month an exciting new project has been underway in downtown Kingston by the waterfront, a Digicel commissioned art mural covering some 2000 + sq ft of aluminum zinc walls enclosing a city block construction site of the phone company’s new head office.

Digicel commissoned artists from six downtown art organizations to put together creative teams for the job totalling nearly 40 painters, including young students from Edna Manley and Studio 174, self taught community artists, and established veterans in the art world.

Each colourful group creation depicts either a historical or contemporary aspect of downtown culture, designed by group leaders or collaboratively.

The rough estimate for the construction of Digicel’s head office is two to four years which means the mural won’t be permanent, but it will be a bright addition to the downtown environs for a reasonable period.

It’s just a block away from the National Gallery, Studio 174, and Roktowa – making this neck of the woods a hot spot not only for an inspiring art walk, but also to perhaps witness the real beginnings of a revitalized downtown Kingston scene.

The Art Groups and the Artists:

All photos contributed by Berette Macaulay