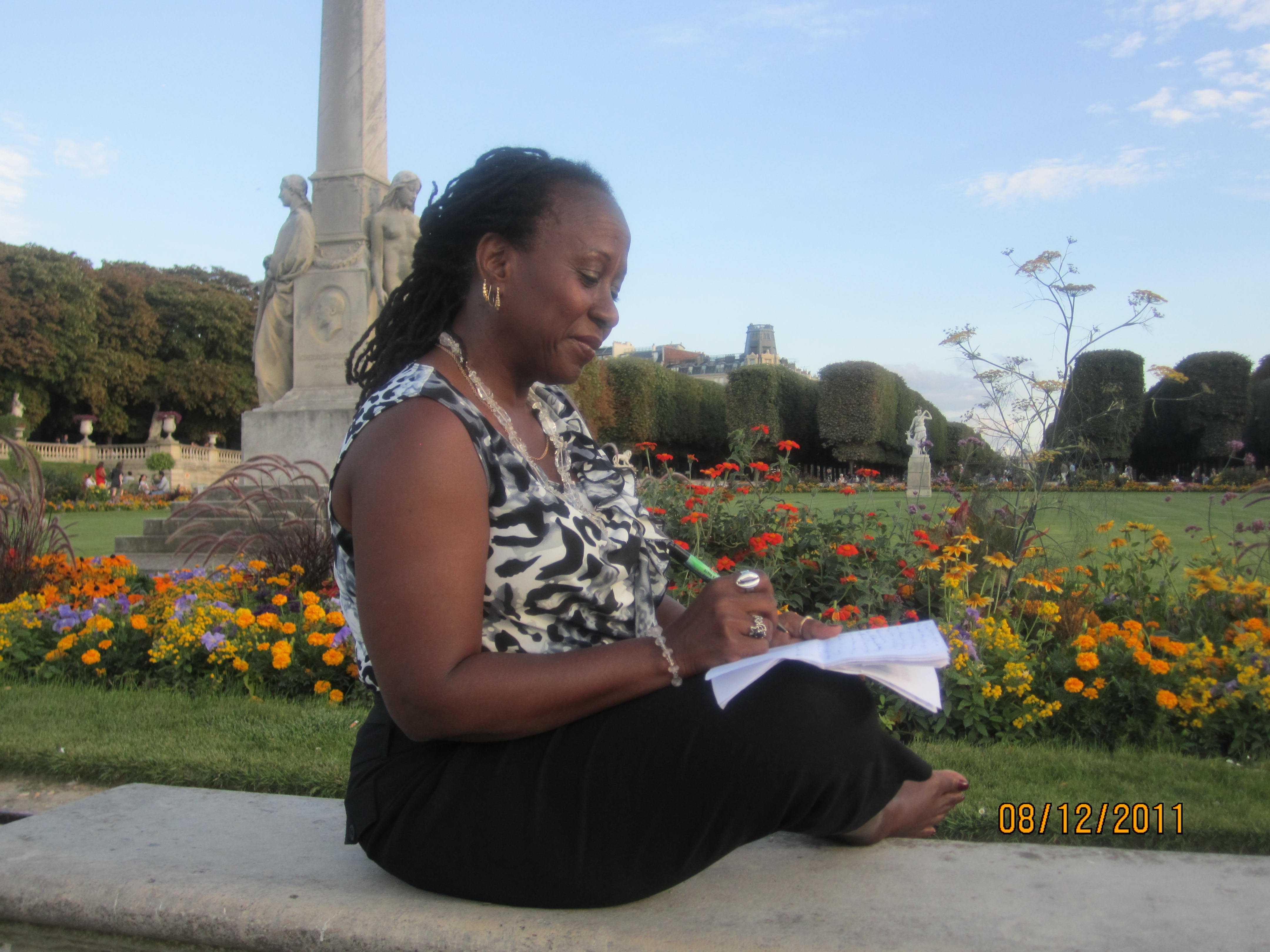 Thanks to YardEdge contributor, Opal Palmer Adisa, for this reflection on being a Jamaican in Paris…

Last August, while alternating between relaxing, meditating and writing in Luxembourg Garden in Paris, I was interrupted from my reverie by a stranger who asked if I were Parisian.

Without a moment’s hesitation I said, no Jamaican, and waited for the customary response, “Oh reggae music, Bob Marley. I love Jamaican culture.” I get this all the time no matter wherein the world I am. Often, to prove how much they know, which often is minuscule, they will hum or sing a bar from one of Marley’s song. It is all well intended, a gesture of commonality, to say, see I know something about where you are from.

But the Eastern European man had no such reference, and merely wanted to talk since he was visiting Paris alone, and like me was inspired by the beautiful garden and what it meant for the city to have such a place for its people. A similar thought had absorbed me earlier about what if there were more such places like this park in Jamaica. Would it help to make us gentler, more peaceful, more compassionate? Would the beauty of nature erode our anger and dispirited souls always on the look out, it seems, for some injustice?

Sitting in that tranquil park, in the cool summer air, far removed from my homeland I pondered the Jamaica that I carried on my back. When I say I am Jamaican in Paris, is it the same as when I say so in Brooklyn or in St Croix? How does the Jamaican that I am, the Jamaica that seems like a cloak affixed to my back show up in the world? And even more importantly do I still have a right to say I am Jamaican since I have not lived there full time for more years that I have lived there?

I remember my American born daughter once asking me if it were a lie to tell her friends that she was Jamaican. I said no because you are; you are raised by a Jamaican; you eat Jamaican food, you have been there many times, and in many ways you are culturally, more Jamaican than you are American.

Then I thought about my second trip to England in the 80’s, and meeting folks in Braxton, who sounded more Jamaican than many Jamaicans I knew, yet had never been to Jamaica, where not born there, but who as a result of parentage had fully embraced and claimed Jamaican heritage.

Then there are others, wannabe-Jamaicans, from different islands or countries in Africa who claim Jamaican heritage because of their identification with Rastafarian culture, or reggae music or that Jamaica is known or the pride and accomplishment they deem an important trait of Jamaicans. How do they carry Jamaica on their backs?

I have stood aside and listened, with amusement and indignation, as one or the other wannabe-Jamaicans, replete with fake accent, profess to others their Jamaicanness. In the past I would say or ask something that would blow their cover, but now I just look on amused.

Identity is a personal choice as well as a cultural cross owing to birth. While traveling through Europe last summer, as in the past, it was important that I was seen as a Jamaican. I often thought of myself as representing the island, and therefore, just like I tell my children, your actions reflect back on me, I wanted to project a positive Jamaica.

The Yugoslavian man in Luxembourg Garden learned about my Jamaica, the Jamaica of writers and artists, spectacular sites that serve as respite to me, the titillating aroma of steam fish and bammi at Port Royal, peppered shrimp in Black River and the soulful, positive vibes of Tarrus Riley and the culturally relevant rhythms, of Queen Ifrica.

As I bid him adieu and resumed by writing these words poured forth:

not cloak but skin

the landscape of my knowing

all that i am and will ever be

to form land and cane

but the yellowing hope

this is fi me island

this is fi me land

In Search of Claude McKay