Jamaican Rapper, Kariuki, Being Anything But Ordinary… 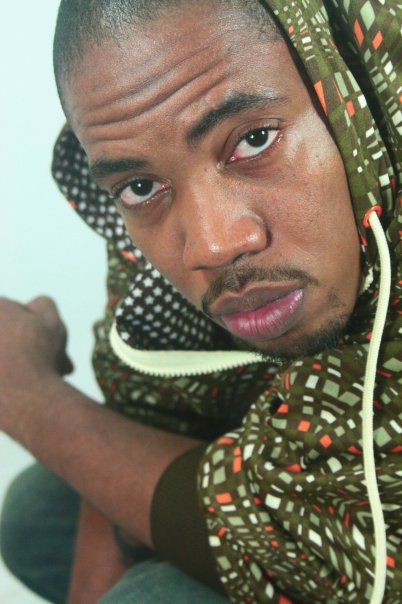 YardEdge: Why are you an artist/musician and when did you first become one?

Kariuki: I considered myself an artist long before making any form of music, as I always enjoyed visual and graphic art. However I found fresh new ways of expressing myself through words and sound. I started this some ten years ago.

YardEdge: What other artists/musicians have influenced you and how?

YardEdge: What other interests do you have outside of creating music?

Kariuki: Pretty much art in general and I have this crazy notion that I’m supposed to be some sort of world leader. I have yet to put that into motion. Oh yes, and psychology.

YardEdge: What inspires you to create/write music and how do you keep motivated when things get tough?

Kariuki: Everything that makes me human. I like for my music to be felt as opposed to just being heard, so whatever energy (emotionally) goes into my writing, the listener should be able to feel what it is that I’m saying and what I was feeling at the time.

Also the musical backdrop often aids in bringing out that particular emotion expressed in any one piece. So my inspiration comes first from my personal journey throughout my entire existence, how that information is filtered through the eyes and ears, processed and the end product being my perception of it all.

The constant motive for me is to prove to myself that there is more to life than what was laid out for me, that I can break barriers and set records that will inspire others to be anything but the ordinary.

YardEdge: How have you handled the business side of being a musician?

Kariuki: I have yet to experience that to its full extent so I can’t speak much on that aspect of it.

YardEdge: How would your life change if you were no longer allowed to create music?

Kariuki: Well, I guess I’d just have to go back to visual art as a means of expression however the message wouldn’t be as potent painting a picture without words.

YardEdge: What’s the best and worst parts of being an artist/musician?

Kariuki: Wow, uhm the best part for me thus far is having someone, anyone, relate to what I’m saying in song and the worst part would have to be writer’s block. Hate that!

YardEdge: How do you fit in music with your day job?

Kariuki: I just do it after work and when there’s a show within the week I’ll be tired at work the next day. Hey, the bills MUST be paid.

Kariuki: My style has changed for the better, the message comes across much better now. Before it was more about the flow and the style of the rhyme now it’s more about what I have to say. I feel if I want people to understand, they first have to hear what I’m saying so I dumbed it down, so to speak.

YardEdge: If you could be doing anything you wanted, what would that be?
Kariuki: Instead of going for walks when I’m frustrated I would fly. That would be great if I could fly, oh and I would take my girl with me J
YardEdge: How have you developed your skill?
Kariuki: Practice, they say it makes perfect but that’s a lie because anything that’s perfect is finished and for me this is an ongoing process but practice makes good, then great, then excellent then superb and so on…
YardEdge: What is your school background?
Kariuki: Oh wow, I hate telling people that.
YardEdge: How did you get started as an artist/musician?
Kariuki: I thought I could.
YardEdge: Where have you performed?
Kariuki: Village Café’s Tuesday Nite Live, Da Underground (Weekenz), TVJ’s Smile Jamaica and more recently Simple Chaos’ Wordplay.

YardEdge: How did you feel when you realized that art could make you some money?

Kariuki: I thought that’s the way life should be, we should all have that chance to make money doing something we absolutely enjoy!

Kariuki: Making people laugh or even a smile makes me happy I just made someone’s day.

YardEdge: Were you a good boy growing up?
Kariuki: I would say that.

Kariuki: The fact that people don’t know how to accept love anymore.

Kariuki: Disorder and people who don’t know how to think for themselves.

Kariuki: Now you trying to make me look bad. I couldn’t tell the last time I read a book.

Kariuki: Wow. I’m just going to jump right out and say I don’t know. There are too many.

Kariuki: Yea, I see them everyday!

Best kept one to date, now tell everyone about it J

Jamaican Rapper, Kariuki, Being Anything But Ordinary…