Kellie Magnus is the author of the “Little Lion” series of children’s books.  The third in the series, Little Lion Goes For Gold,  is to be launched on February 1. YardEdge talks to Kellie about her recent work…

Kellie: Because I can’t sing or paint. Well, really because I love great stories and I love following an idea to see where the story leads. The things I’ve written that I like the most are usually ideas that arrived uninvited and nagged me until I wrote them down and let them take shape on paper.

YardEdge:  When did you first realize that you wanted to become one?

Kellie: In prep school and high school, I wrote stories constantly in my little blue-lined exercise books. I never thought about writing seriously. It was just something I did to procrastinate instead of doing homework. Years later when I found myself writing to avoid doing my job, I decided to switch careers to something that allowed me to write more.

YardEdge:  How would you describe your work?

Kellie: In my job at CARIMAC [as Editorial Director] I write really heavy pieces on HIV and other development issues. So the pieces I write for children are my therapy. I write my children’s books mostly in rhyme. They’re light and fun, but also educational. I write stories set in the Caribbean that have a few historic or cultural references woven in, because it drives me crazy that Jamaican children are so inundated with American media. Outside of kids stories I write on the other things I love – books, food, the arts, running and the random things that make life interesting.

Kellie: Seeing a six year old with his face buried in a book he loves – that’s like money in the bank to me. And the idea of giving Jamaican children characters and stories that they can really relate to and learn from really inspires me. I read to children at schools all the time and watching them get excited about Little Lion is the best inspiration in the world.

YardEdge:  Tell us about your recent work?

Kellie: The Ministry just launched the new Literacy 123 books for primary schools and I have four or five in that series. I was also one of the writers on the Shaggy Parrot and the Reggae Band project. Now, I’m launching a new Little Lion book, with my illustrator Michael Robinson. This one, Little Lion Goes for Gold is our third on this character – – a six year old Rastafarian boy growing up in Jamaica with his father. Like all the Little Lion books, it’s written in rhyme and it has him overcoming an obstacle and learning a lesson with the help of his Dad. In this one, we have him running, because I like to use whatever is topical in children’s minds to try to encourage them to read. Mike’s illustrations are great, as usual, so it’s a really fun read and wonderful to look at.

YardEdge:  How did you get interested in writing children’s stories?

Kellie: A few years ago I noticed that my niece was talking non-stop about a slew of American characters. SpongeBob, PowerPuff Girls…there was a new favourite every year. None of her media or book references were Jamaican or Caribbean and I started to notice that there was a lack of Caribbean children’s media. Pretty sad for a region of storytellers, right? There are reams of research on the importance of encouraging children to read at an early age and the long term developmental and academic benefits it fosters. And we don’t need research to tell us how important it is to orient children towards our own culture. I was mouthing off about all of this to my niece and she said, “Well, stop complaining. You’re a writer, write something.” So I did. The first Little Lion book came out in 2003 and I’ve been writing for children since then.

YardEdge:  How would people who know you describe you?

Kellie: I have no idea. I never presume to know what other people are thinking and how other people describe you says as much about them as it does about you. I hope they’d say I’m funny and smart and loyal and authentic, because those are the traits I value most in the people I’m close to.

YardEdge:  If you could be doing anything you wanted, what would that be?

Kellie: That’s a hard question. What would I do as a career? I love the one I have now. But the list of things I want to do in life is a mile long and changes often. I’d like to learn to sing and to paint, but given that natural talent is required for both, I’ll probably just be doing those for fun. For now, I’m just trying to find time to read more, write more and run more.

Kellie: I’m reading Trust the Darkness, the Anthony Winkler bio. Before that I read David Sedaris’ last book of essays, When You Are Engulfed By Flames. I love writers’  raw, honest, singular voice, who have the guts to write as though they don’t know the reader is there.

Kellie: What would be the point? Sure, there are lots of things I’d do differently if I had the chance to do them over, but I won’t, so there’s no point regretting them. I‘ll just try to do better next time.

Check us out on http://www.jackmandora.com/ 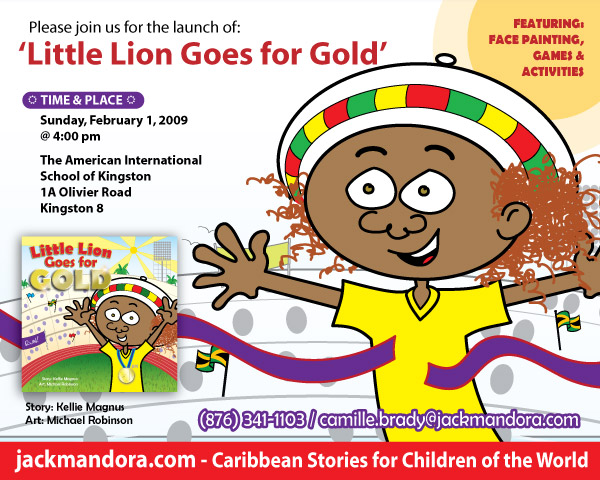