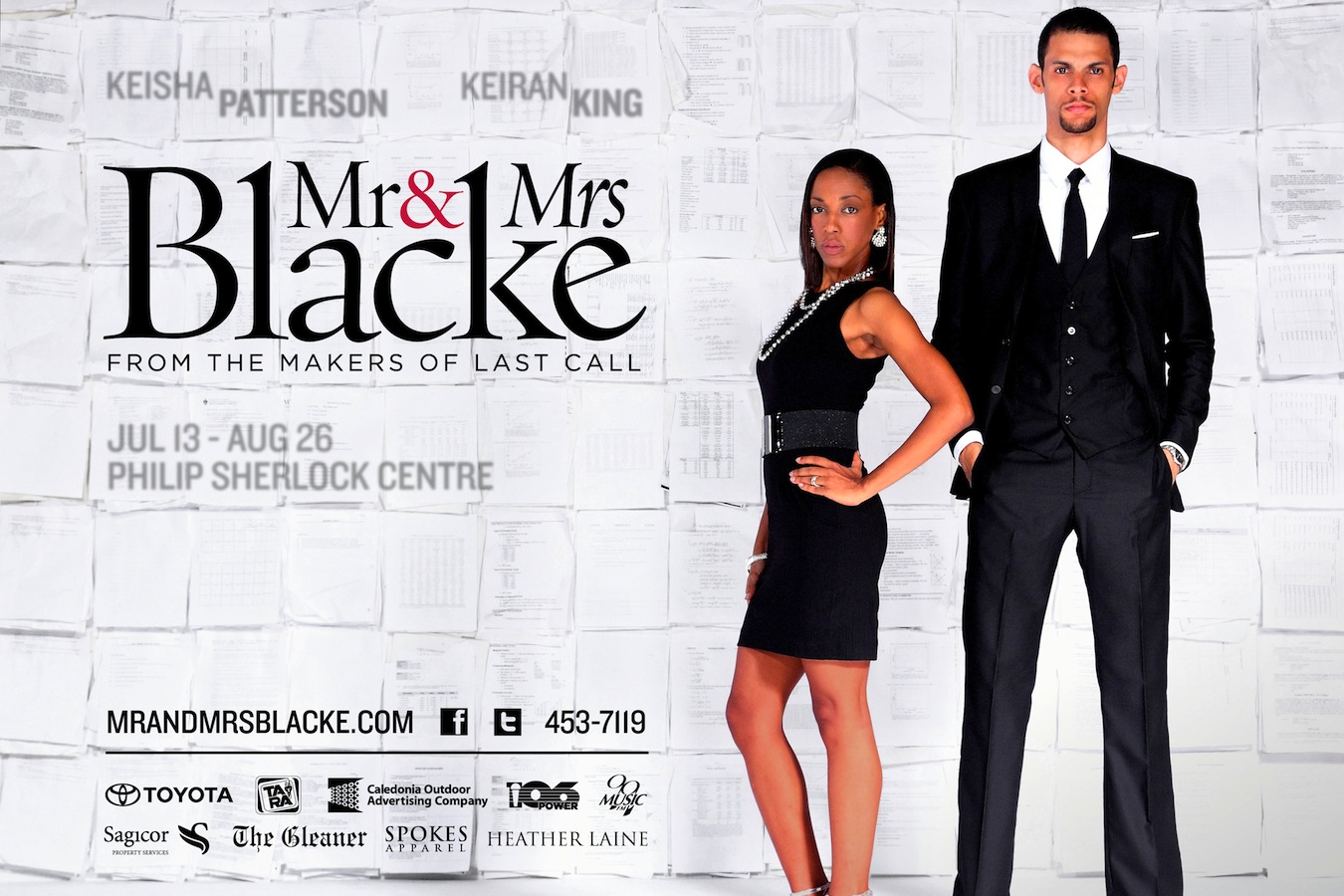 YardEdge chats with one of the play’s producers about the new play, ‘Mr. and Mrs. Blacke’ which opens this Friday at the Philip Sherlock Centre for the Creative Arts, UWI Mona campus.

What is the play all about?

Samantha Blacke: You’re about to make half a million dollars overnight. What more do you want?

Nicholas Blacke: You can never have too much money, honey.

That’s just a tiny piece of the drama that unfolds in the theatre event of the year, ‘Mr & Mrs Blacke’.

Mr Nicholas Blacke is a harried financial executive. Hard-working but materialistic, he never gives his wife the attention she needs.

Mrs Samantha Blacke is a pampered housewife. Smart, but lazy, she never became the success she should have, and takes her frustrations out on her husband.

In Mr & Mrs Blacke, Nicholas & Samantha are a young, attractive upscale couple living the Jamaican dream. But they are both deeply unhappy. What starts as a normal evening changes their lives as secrets and deceptions come to light.

Who are the main persons involved? Tell us a bit about the cast members.

Award-winning set designer Patrick Williams, and lighting designer Nadia Roxburgh will also work on the event to help bring the Broadway experience to audiences. We also have several interns working with the play.

Tell us about Eight, Seven, Six?

How long will it run? Dates, times, cost, tickets available where?

Showing: Tuesdays to Saturdays at 8pm. Sundays at 5pm and 8pm

Anything else you want to add?

“I am very proud to be associated with this 100 per cent Jamaican production. From the high quality of the writing of the play, to the professionalism of the production team, to the exceptional talent and hard work of the actors, it has been an enriching experience for me to be part of Mr & Mrs Blacke. I’m confident that audiences are going to experience a powerful and entertaining evening of theatre,” said Paul Issa, director of Mr & Mrs Blacke.

CALYPSO ROSE, the Lioness of the Jungle, New Documentary Acquired by PBS

The University Players Present, Tartuffe, a Comedy by Moliere

“ART”, A Play Presented by the University Players