Here’s a trailer on a documentary by David Ritter that examines the minority groups of Jamaica from a contemporary and historic outlook.

David Ritter is a film maker, adventurer, lover of music and art, and the director and creator of the ‘Forgotten Faces’ series.

‘Forgotten Faces’ is a video documentary project that raises awareness of and celebrates the minority ethnic groups of the West Indies.

Here’s what Mr. Ritter has to say about ‘Forgotten Faces’,

“Many people are unaware of the existence of populations of Jamaicans and Haitians of white European, Chinese, East Indian, and Middle Eastern descent, living in Jamaica and Haiti.

These ethnic groups are diminishing in the West Indies, but have played very important roles in the history of these countries and their culture.

People interviewed are from diverse backgrounds, including: celebrity, middle class, those with political goals, those who wish to affect their country in massive ways, and those who simply want to live their lives in the country they love.

General reactions to white Jamaicans and white Haitians range from amazement to shock and disbelief, and, even to hostility. These reactions are followed by questions: Who are these people? How did they get here? What is their “story”? How do other Jamaicans and Haitians feel about them? Forgotten Faces addresses these questions.

Some of these minority groups have experienced racism and discrimination from both their governments and the general populace.

Many of these incidents have gone unreported and have, in some cases, been remembered in the history books of Jamaica, Haiti, and the United States.

These people have a story to tell about their hardships and about their accomplishments.”

Donations to help support this project and more projects aiming to provide education to the world about social issues within the West Indies can be sent to www.fracturedatlas.org. 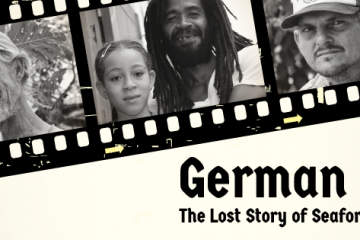