On Sunday morning, Dr. Velma Pollard’s new collection of short prose, Considering Woman I & II was launched to a large appreciative audience at the UWI.

Now retired, Velma Pollard is a former Dean of the Faculty of Education. She has published several collections of poetry, including Crown Point and Other poems (1988) and Shame Trees Don’t Grow Here (1992). Her novella, Karl, received the Casa de las Americas prize in 1992. Dr. Pollard is also well known for her 1994 landmark publication Dread Talk: The Language of Rastafari.

Here an extract of what the Guest Speaker, Dr. Betty Wilson, former Head of the Department of Modern Languages at UWI, had to say in launching the book…

Velma Pollard’s Considering Woman I & II published by Peepal Tree Press, Leeds, is a reprise of the first volume “a collection of short stories, fables, (I would say parables) and memoir” from 1989, here in this volume followed by a second collection of “Bitter Tales”, “Better Tales” and pieces written “On the Way to Somewhere of Course” as the titles to the three sections tell us. Both collections foreground the woman, women walk through the pages: sisters, wives, mothers, girl-friends, women in all their manifestations, in mottley guises, from diverse backgrounds, very young, very old, mostly “women in crisis”, powerless to resist the forces that oppress and abuse them, but occasionally overcoming, even triumphant.

Pollard explores geographies of the mind and geographies of place, her scope is far-reaching: from Comfort Hall, Copper and Newlands in rural Jamaica to 14th Street, New York, from Georgetown, Guyana to the “ladies loo” in Miami Airport.

The gifts and talents of the poet are evident in this prose collection – in the economy of the pieces, many very brief, where the tone is restrained, understated and the central theme distilled into a few sentences or a couple of pages; evident too in the power and lyricism of the language, the striking images, the metaphors. Pollard is close to rural lore, legend, story; familiar with country life, and at the same time thoroughly cosmopolitan. Her stories are mainly troubling and sometimes comforting, rich, insightful, humourous, wise.

Take a Cultural Tour of Jamaica - JCE Schedule for 2011 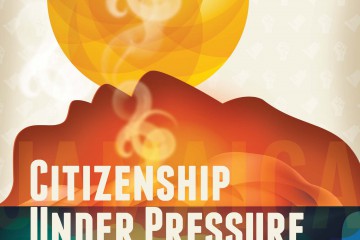 Which of These Jamaica 50 Featured Books Have You Read?