The International Movie Showcase of the Latin American and Caribbean Group and Spain will be held from October 21 to 29.

Venue is the auditorium at the PCJ Building (36 Trafalgar Road).

All films are subtitled in English. 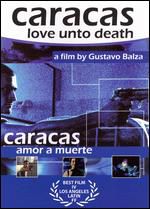 2000. PG-13. 91 mins. Spanish w/ English subtitles.Twin worlds collide in this tale of teenage trauma, survival in the slums and desperate choices. Ramón runs from the police and local gangsters. Aixa is pregnant and homeless, trapped between the priest and the doctor who fight over whether she should keep her baby. The film is set against the grim expressionism of bleak corridors and staircases that imprison tenement residents living on the edge of Caracas’ vast sprawl. Gustavo Balza’s debut film is a visceral experience from the opening brutal police killing to the touching ending.

2007. PG-13. 105 mins. Spanish w/ English subtitles.Aldo is in complete control of his life and surroundings, and he wouldn’t have it any other way. Andrea has long since thrown caution to the wind, having travelled the world for fifteen years. Now Andrea is pregnant, and she’s not even sure she can identify the father of her unborn son. On the surface it would seem almost impossible to love a man as rigid as Aldo or a woman as unpredictable as Andrea, but as fate would have it their eccentricities might just fit together like pieces of a puzzle.

2004. PG-13. 121 mins. Spanish w/ English subtitles. Santiago 1973, during Salvador Allende’s socialist government and shortly before General Augusto Pinochet’s military coup, two friends, one of them very poor, Pedro Machuca, who is integrated into the elite school of his friend Gonzalo Infante. The social integration project is headed by the director of the school Father McEnroe.

1996. PG-13. 102 mins. Spanish w/ English subtitles. The tale of a Dominican widower named Balbuena, who moves to New York searching for a better life. However, once there he encounters a troubled family reunion, difficulty finding a job without a green card, a wild relationship with another ex-Dominican, and a run-in with the law. Based on a popularDominican Republic television character.

1999. PG-13. 96 mins. Spanish w/ English subtitles.Set shortly before the Spanish Civil War, we follow the adventures of a young boy in a rural Spanish town, as he is educated by a kindly old man. There is conflict in the air, both personal and political, and the boy is a faithful observer, even though he fails to grasp the implications of what he is observing. In essence, a coming-of-age story set in turbulent and violent times.

1968. PG-13. 160 mins. Spanish w/ English subtitles.A dramatic triad of stories that describes, in 1985, 1933 and 196…, the Cubans’ emancipating struggle, and especially the participation of three Cuban women named Lucia in that liberation quest. The first Lucia is faced with betrayal and revenge in colonial times. The second one finds herself dragged by the surge of frustration in pseudo-republican times. The third one does not resign to obey her husband to be the queen of her home, as prescribed by convention.

2006. PG-13. 135 mins. Spanish w/ English subtitles. Four of the 147 soldiers that were in a company of the anti-guerrilla “Destroyer” battalion in the jungle of Colombiaunexpectedly find 46 million dollars belonging to an insurgent group. Instead of reporting the discovery they decide to keep it all for themselves. This discovery will change their lives forever, but also bring lots of problems and challenges.

2001. PG-13. 105 mins. Portuguese w/ English subtitles. The badlands of Northeast Brazil, 1910. Twenty-year-old Tonio is the middle son of an impoverished farm family, the Breves. He is next in line to kill and then die in an ongoing blood feud with a neighbouring clan, the Ferreiras. For generations, the two families have quarrelled over land. Now they are locked into a series of tit-for-tat assassinations of their sons; an eye-for-an-eye, a tooth-for-a-tooth. Embedded in this choreography of death is a particular code of ethics: “Blood has the same volume for everyone. You have no right to take more blood than was taken from you.” Life is suffused with a sense of futility and stoic despair.

"ART", A Play Presented by the University Players