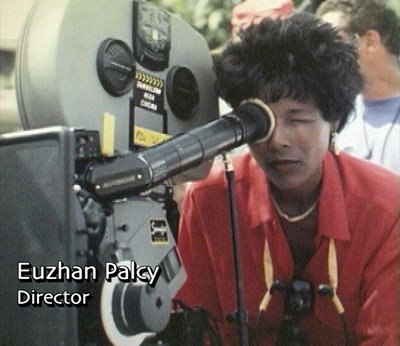 Canada’s one and only Forum showcasing The Best of Caribbean Cinema, At Home and Abroad, Classical and Creole, Digital and Celluloid, This Year Puts The Spotlight on “Caribbean Film – A Tool For Education and Social Change”.

This year’s focus will be “Caribbean Film – A Tool for Education and Social Change”.

Artistic Director and Festival Founder Frances-Anne Solomon says: “We are delighted to be partnering with U of T to produce the 2009 festival which aims to bring together like-minded filmmakers and cultural activists around the important theme of art for social change.”

The festival will feature an Academic Conference and a Youth Day, alongside 4 days of entertaining film screenings and thought-provoking talk-back sessions.

With a growing international awareness of the Caribbean’s burgeoning media industry, the CaribbeanTales Film Festival aims to entertain and educate through a series of industry panels, filmmakers’ discussions and presentations on both historical and contemporary film making throughout the Diaspora.

CaribbeanTales invites filmmakers of Caribbean heritage, or who have a film with a focus on the Caribbean to participate in North America’s only stand alone Caribbean Film Festival.

Please submit by March 31st 2009 to be considered for the CaribbeanTales 4th Annual Film Festival.

*Please note that submissions will not be returned

Jamaica For Sale: A Documentary on Jamaica's Tourism Industry