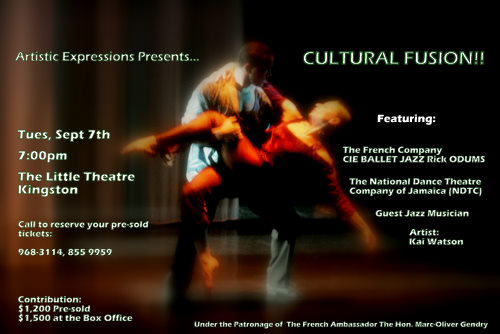 For one night only, French and Jamaican cultures combine on stage.

On Tuesday, September 7th, under the patronage of the French Ambassador, Artistic Expressions presents “Cultural Fusion”, a performance by the French dance company CIE Ballet Jazz along with the NDTC at the Little Theatre.

“Dance is the hidden language of the Soul” – Martha Graham